Over the last twenty years, Andrew Peterson has performed thousands of concerts, published four novels, released ten albums, taught college and seminary classes on writing, founded a nonprofit ministry for Christians in the arts, and executive-produced a film—all in a belief that God calls us to proclaim the gospel and the coming kingdom using whatever gifts are at our disposal. He’s stumbled along the way, made mistake after mistake, and yet has continually encountered the grace of God through an encouraging family, a Christ-centered community of artists in the church, and the power of truth, beauty, and goodness in Scripture and the arts. 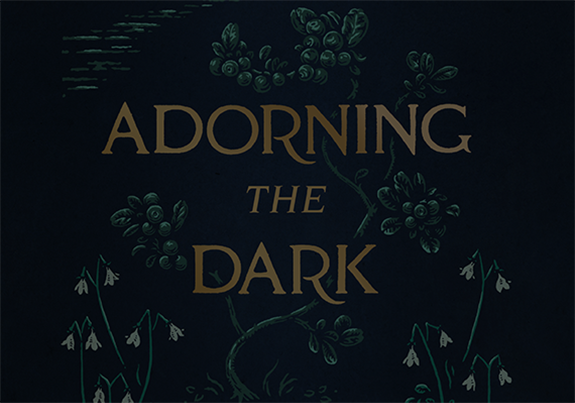 While there are many books about writing, none deal first-hand with the intersection of songwriting, storytelling, and vocation, along with nuts-and-bolts exploration of the great mystery of creativity. In Adorning the Dark, Andrew describes six principles for the writing life:

Through stories from his own journey, Andrew shows how these principles are not merely helpful for writers and artists, but for anyone interested in imitating the way the Creator interacts with his creation. This book is both a memoir of Andrew’s journey and a handbook for artists, written in the hope that his story will provide encouragement to others stumbling along in pursuit of a calling to adorn the dark with the light of Christ. 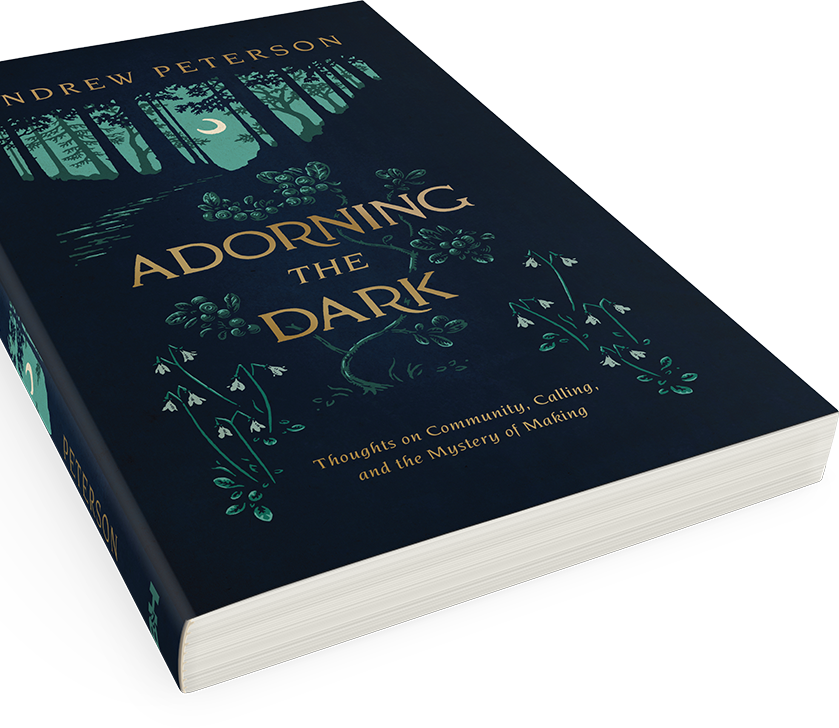 You can think and plan and think some more, but none of that is half as important as doing something, however imperfect or incomplete it is. Intention trumps execution—remember that.

Sometimes you start with nothing and hope it all works out. Not sometimes—every time. All you really have is your willingness to fail, coupled with the mountain of evidence that the Maker has never left nor forsaken you.

At times, characters become aware that they’re part of a story, and that brings the realization that, first, there is an author, and second, they are not him.

God is making us into a kingdom, a lovely, peaceful one, lit by his love for us flowing toward one another. That’s the best gift you have to give.

If you’re called to speak light into the darkness, then believe this: the darkness wants to shut you up.

Over the years when life started really beating me up and I was forced to dig deeper than opinions and work harder than panning Scripture for gold nuggets that might make a good song, I began to understand the peril of asking God to let you write songs that would comfort the lonely and brokenhearted—peril, because the only way to do that is to walk through the dark forest of loneliness and heartbreak.

When you cast all mystery out the window because you want to make a point, you’re in essence declaring yourself the master and not the servant. Be humble. The creative act is profoundly spiritual, and therefore profoundly mysterious.

Sometimes you have to do the work even if you don’t feel like it. Sometimes you have put away your wants and do what needs to be done, which really means dying to self in order to find life. This is another way of practicing resurrection.

We must remember that a story may glow like a nightlight in a scary bedroom. It may be the only thing holding back the monsters. It may be the only beautiful, true thing that makes it through all the ugliness of a little girl’s world to rest in her secret heart.

That’s community. They look you in the eye and remind you who you are in Christ. They reiterate your calling when you forget what it is. They step into the garden and help you weed it, help you to grow something beautiful.

The community you’ve been given is the one you have to learn to love.

Pre-Order Adorning the Dark at a participating retailers.

Submit your receipt to redeem your exclusive new song, "Linnea" by Andrew Peterson. 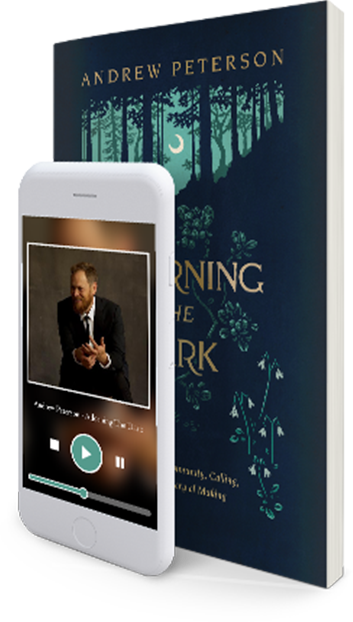 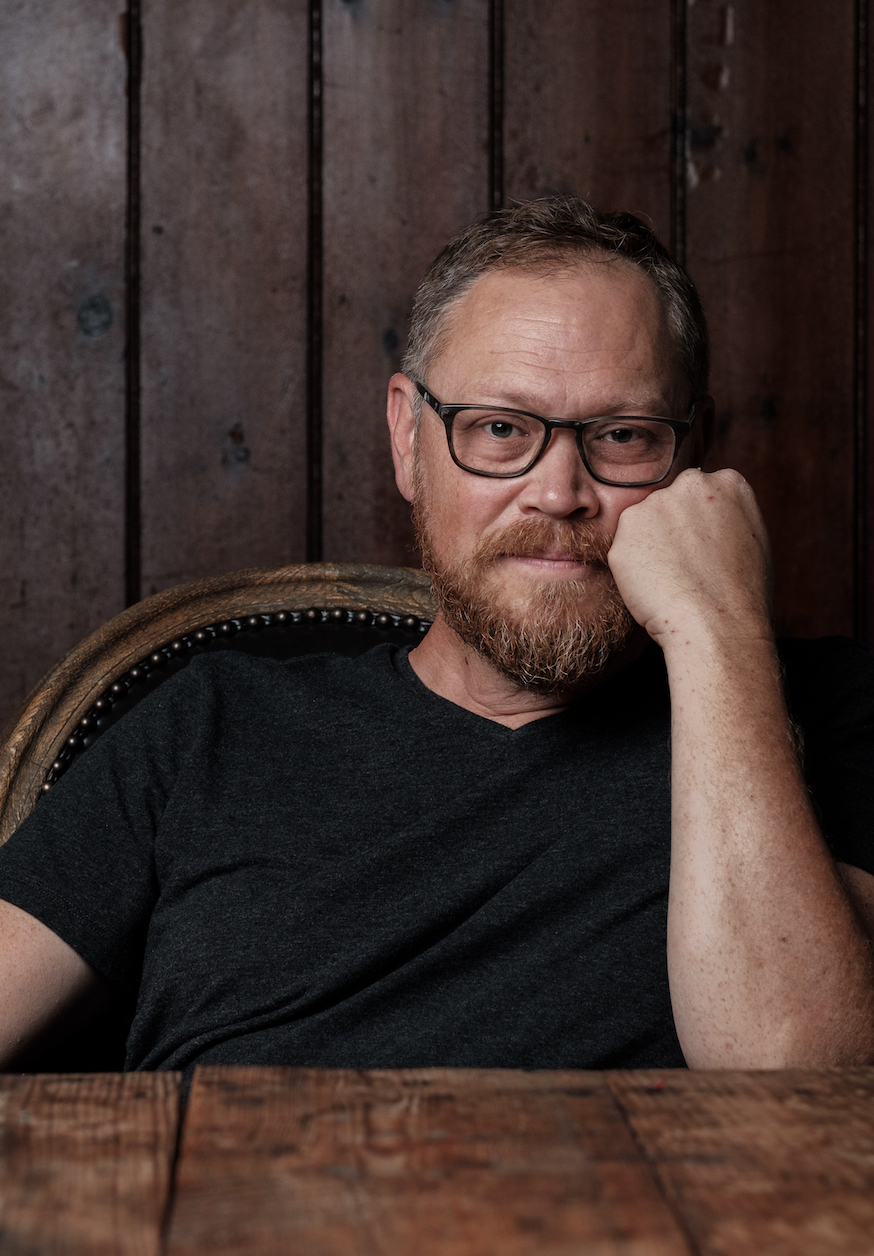 is an award-winning singer-songwriter and author. The second book in his Wingfeather Saga, North! Or Be Eaten (2009) won the Christy Award for Young Adult Fiction, and the fourth, The Warden and the Wolf King (2014) won World Magazine’s Children’s Book of the Year in 2015.

In 2008, driven by a desire to cultivate a strong Christian arts community, Andrew founded a ministry called The Rabbit Room, which led to a yearly conference, countless concerts and symposiums, and Rabbit Room Press, which has published thirty books to date.

He’s been married to his wife Jamie for 24 years and they have three children. His eldest is an animation student at Lipscomb University, his second son is a touring drummer and record producer, and his daughter recently released her first album. In his spare time Andrew keeps bees, builds dry stack stone walls, gardens, draws, and sleeps.

What prompted you to write "Adorning the Dark"?
In the beginning, it was a writing discipline. I was in the thick of a new album at the time,and wondered if it might be helpful to journal about the process, in real-time, to get the juices flowing. It wasn’t long before I wondered if other people might find it helpful, too. One thing led to another, and I realized I had a book’s worth of thoughts and opinions. (This will come as no surprise to those who know me and have suffered my rants.)
For whom did you write this book? Can those who don’t work in the arts and may not consider themselves a creative person use this?
This isn’t a technical "this is how you write a song" kind of book. There are plenty of those, and I don’t happen to think they do much good. I wanted to write something that would be helpful to all manner of disciplines: songwriters, novelists, poets, painters and pastors—but also parents and teachers and accountants and carpenters. One of my soapboxes in the book is that everyone’s creative. Everyone. And my hope is that the principles I cover in "Adorning the Dark" can be helpful no matter what field you’re in.
What is one thing you have learned about creativity and the Christian life in your 20 years as a singer/songwriter, that you wish you could go back and tell your younger self?
The first thing I’d say is this: "Success (or failure) isn’t going to change anything about who you are in Christ. Relax. Be led by the Spirit, not your ambition." The second thing I’d say is this: "Don’t be so hard on yourself." (These two things are closely related.)
How does our calling as Christians intersect and inform the "great mystery of creativity"?
When we take seriously the fact that as humans, we’re bearers of God’s image, and as Christians, we’re also bearers of the Holy Spirit, we remember that we’re well-equipped to speak beauty into ugliness, order into chaos, light into darkness, love into lovelessness. That’s true no matter what our specific calling is. As we move through time, we’re contributing to the story of creation whether we like it or not. It just happens, no matter who you are. But Christ’s love enables us and calls us to do more than just create. It enables us, by his power, to redeem. We’re invited into partnership with the Great Redeemer to tell a better story, to take the broken bits and fashion them into something better, truer, more beautiful—and by doing so, to bring healing to the world and glory to God.
You’ve written fiction novels before, but this is your first non-fiction book. How was this writing process and journey different for you?
With fiction, of course, there’s a beginning, a middle and an end. Figuring out how to give direction to all these thoughts about the process, along with memoir-type parts, my story was more difficult to get my head around. I hope it worked. (If it didn’t, please send a notarized letter to my editor.) But even if just one chapter is helpful to someone, I’ll be happy. That’s the main thing. I want this book to be useful. Fiction isn’t useful, strictly speaking, which is part of why I love it so much.
What do you hope readers glean from reading "Adorning the Dark"?
I hope they’re encouraged, literally. I hope it gives them courage to make the song, poem, painting, sermon or story—whatever—that the Enemy doesn’t want them to make. I want them to fight back at the darkness by filling it with stars. 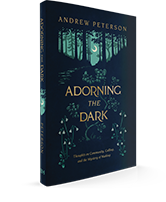 For press inquiries regarding Adorning the Dark, please contact Jenaye White at jenaye.white@bhpublishinggroup.com 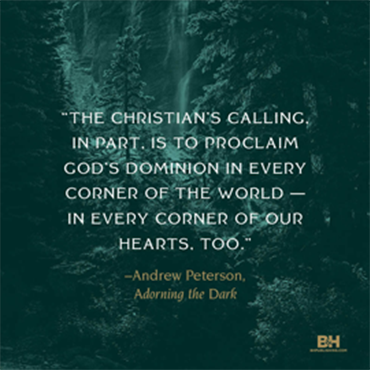 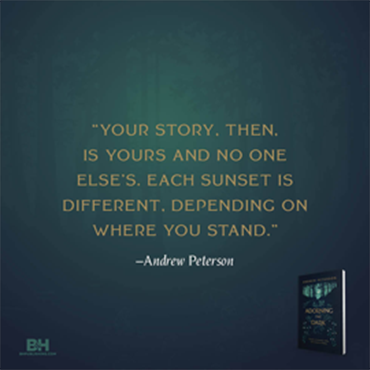 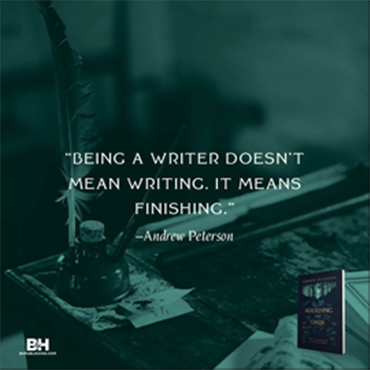 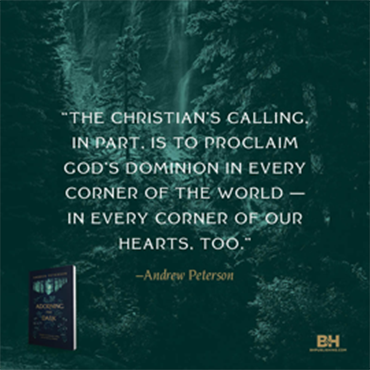 Get email updates from Andrew